The best of 2022. Soliti artists pick their highlights from 2022! See you on the other side! 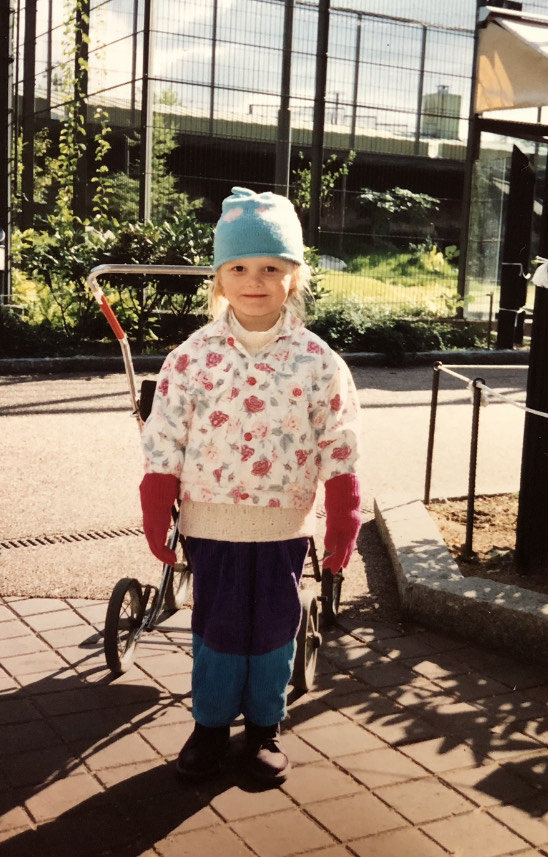 I can’t remember the whole year so this will literally be an End of Year -list.

This fall I’ve watched The Office (US), now I am at the final season (9). And Ensitreffit alttarilla…
And many films, like:
Fire of Love
Fucking with nobody
Hope
Petite Maman

And I’ve tried to watch something scary too, even though it’s not always my thing:
Twin Peaks
Silent Place
The Good Nurse
Invisible Man

I composed a little fish musical. I went to film festivals with my latest stop-motion animation and been preparing a new one. I’ve enjoyed food. I had a very very annoying and endless bronchitis. I’ve played Zelda with my partner and Minecraft with my son. I’ve listened to Otoboke Beaver and I also started to listen to all Depeche Mode songs chronologically as I bought tickets for their gig in Helsinki next year. I’ve been working on being strong enough for pull-ups. I’ve been looking at old pictures and getting the same energy as ~ 4-year-old me (in the picture). That’s all I can remember for now 😊 Have a great next year! 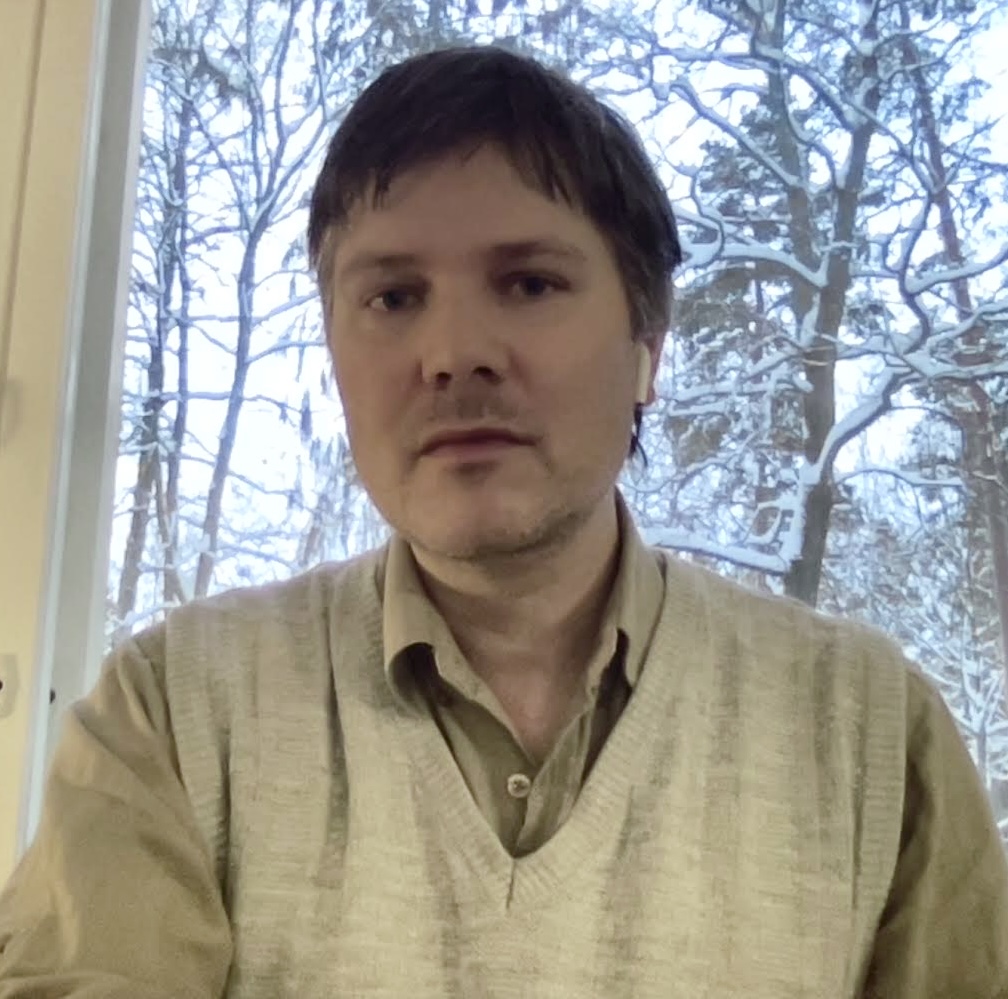 The year went by taking care of everyday things, and writing and demoing a whole lot of new songs for Verandan for an upcoming album. All this made me not really want to listen to music much. My ears need a lot of rest!

Moved to Roihuvuori, which has been great. Had a good summer. It goes without saying the situation in the world is awful at the moment, so I have tried, and also often failed to concentrate on things right in front of me.

Nevertheless, some things that stuck with me in 2022, old and new favourites: 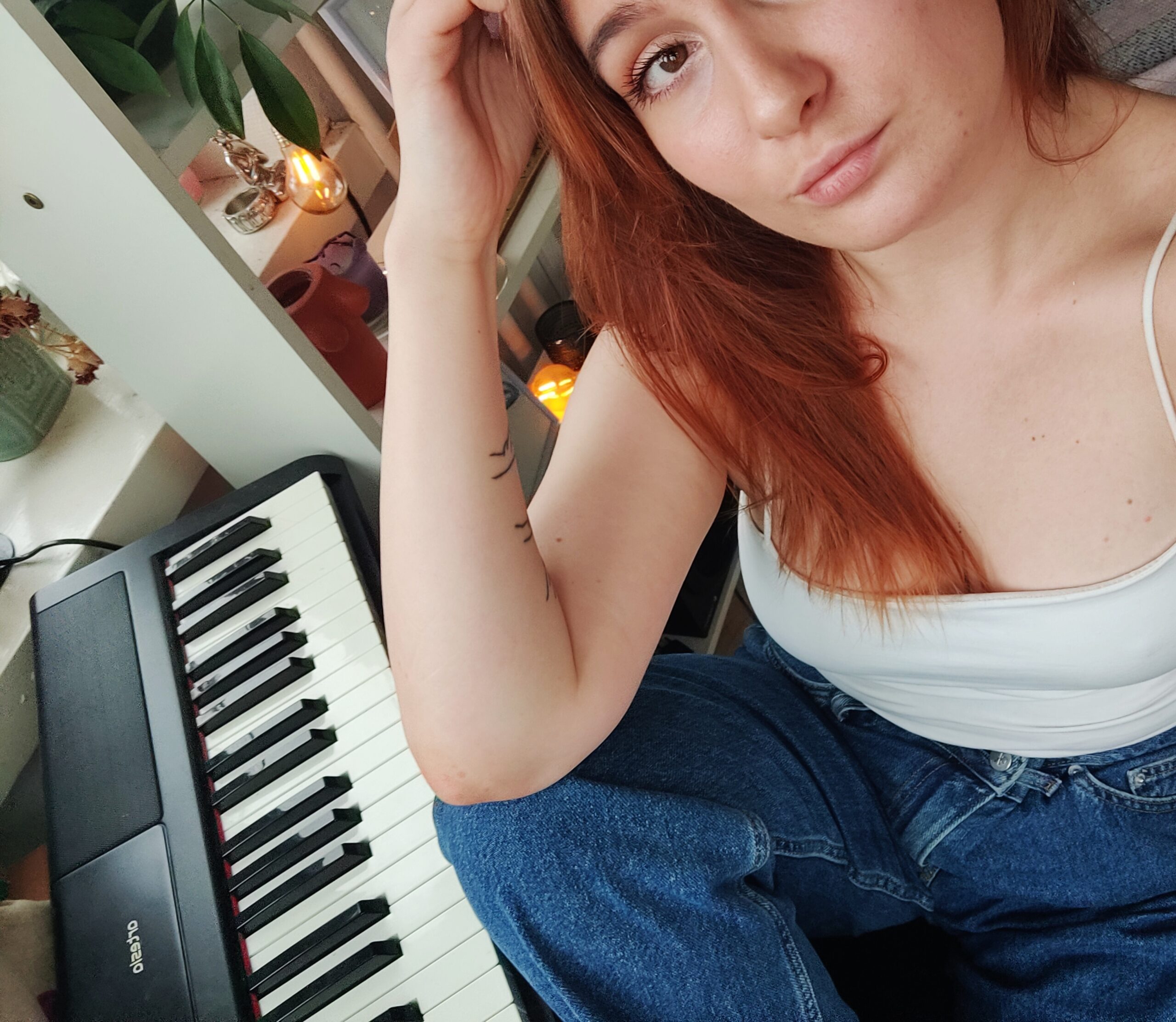 The past year has been a bit of a rollercoaster, but a good one in the end. My year was full of action, a lot of work and a lot of fun times as well (and possibly not enough sleep). The best thing about 2022 for me was that it was filled with music – almost everything I’ve done was somehow related to it. Music was a big part of my work and other projects, as well as my free time both out and about and alone at home.

As a bonus, inspired by working at the Love & Anarchy Film Festival, I added 3 of my favourite movies this year!

Best 5 old songs I rediscovered this year
Mariah Carey : Fantasy
Gala : Freed From Desire
Labi Siffre : I Got The…
Dido : Here With Me
Soul II Soul : Back To Life 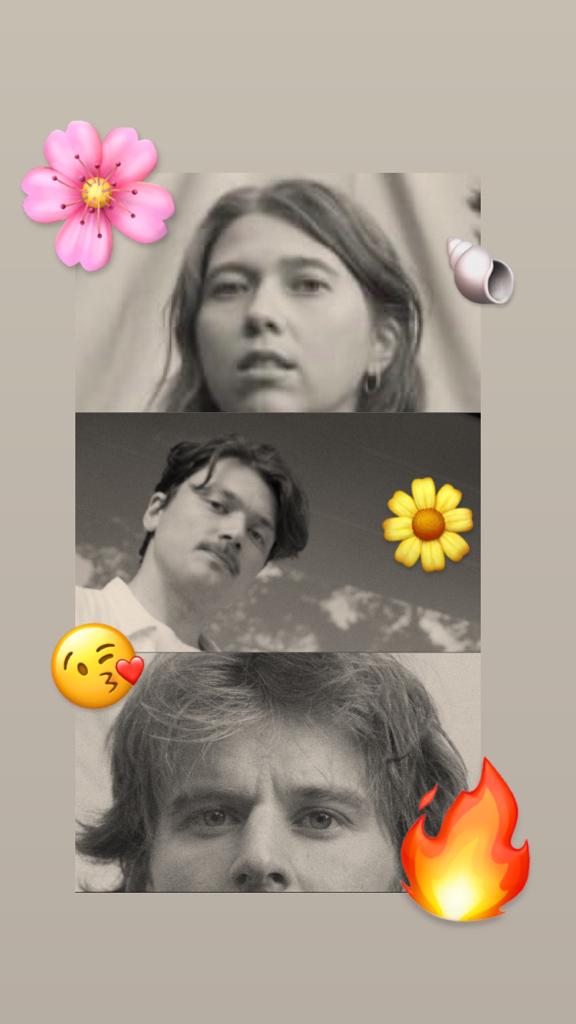 Rasmus:
The Police — When The World Is Running Down, You Make The Best Of What’s Still Around
David Bowie — Young Americans and Right
Phil Seymour — Looking for the Magic
The Beatles —  Anthology 1 Versions of No Reply and Boys
And the 2022 mixes of Revolver

Victor:
Pavement live in Oslo (not so good but still great)
CAN
Buddy Holly
Nick Cave
Embracing my addiction to Spotify for Artists stats
Dust to digital (Instagram)
Woodstock 99
Trying out thicker drumsticks for a couple of weeks but then going back to thinner ones again
Tambourins
Walking to band practice 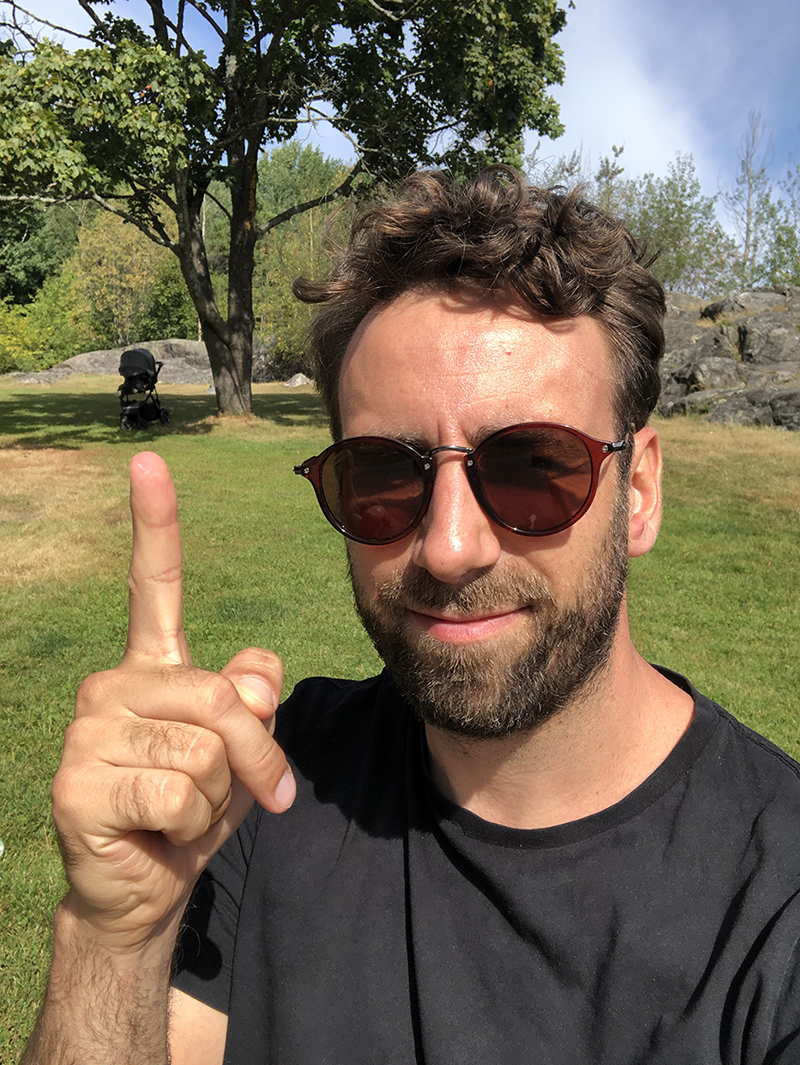 Here’s a playlist I’ve been listening to. Some old, some new stuff.

Other highlights of 2022 are Pavement reunion gig in Copenhagen, some long distance biking trips and of course hanging with the kiddo. 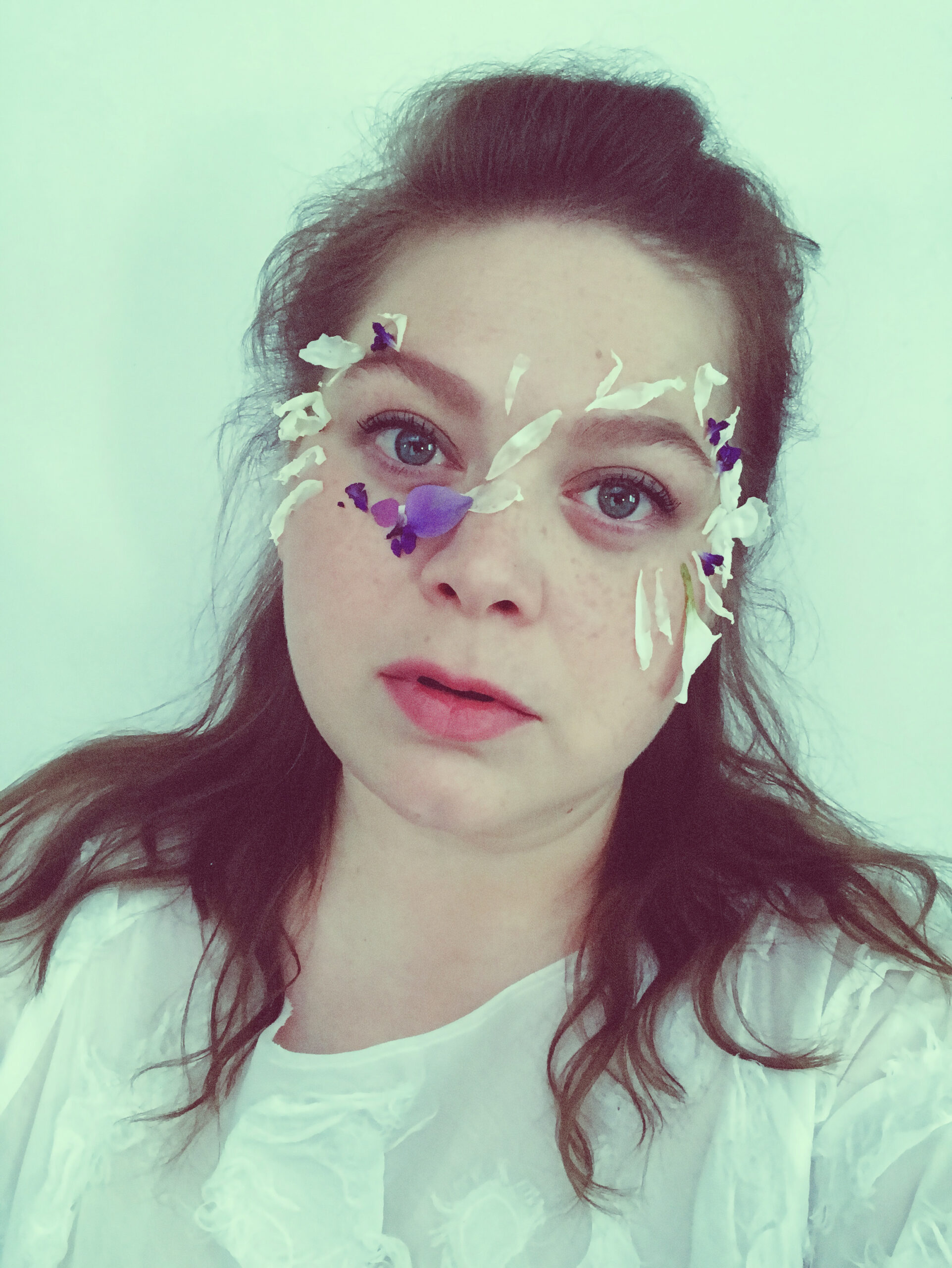 I was looking for a masterer for Stinako’s album and Nick suggested Philip Bova Shaw. I looked up his work and found Lido Pimienta’s album Miss Colombiana. I adore her compositions, lyrics and arrangements. Perfect bundle of dancing grooves and melancholy. The album was nominated for the Polaris Music Prize.

I’ve been listening to this song countless times and I’m still not over it. Obsessed. The feel of it, groove, sounds, and singers’ voices are pure honey. The music video is so cozy and cute, filmed in the underground tube of Stockholm. Everytime I watch it makes me smile 🙂

The fantastic Bridget Everett whom I’ve been following for years has made this heartfelt series about being an outsider and finding a place where one can belong. Every episode is golden.

Kikka has been overlooked by the patriarchal music industry since the day she started her career. This movie is such a great image of her. What were the reasons her career took a whirl down instead of up..was it that she was an openly sexual woman in Finnish music business in the early 90’s? It is also a great portrayal of alcoholism. I was in awe of Sara Melleri’s acting – what amazing work and talent!!

Everybody should read/listen to this book, no matter if you’re fat or thin. Especially if you have grown up in this fatphobic society. So everybody that is! Omaheimo writes about her own experience in this world as a fat person and also about the massive amount of disinformation and shaming around fatness. Very interesting, very heartbreaking, very personal. 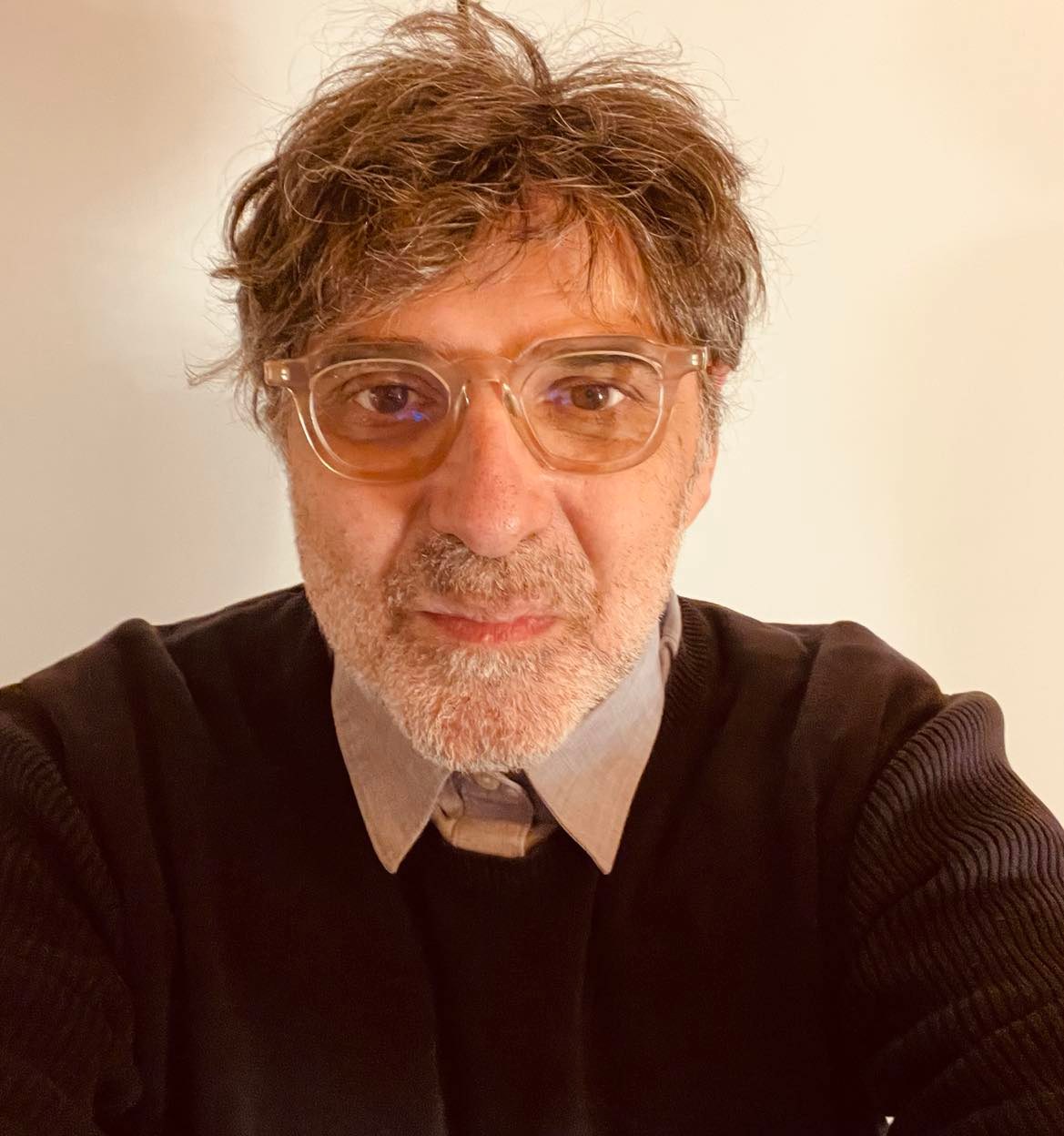 Feel very proud of all the music that Soliti put out this year. A big thanks to all involved.

Yeah Yeah Yeahs – Spitting Off the Edge of the World ft. Perfume Genius

Best Live shows
Aldous Harding (Flow)
Big Thief (Sideways)
Stinako album release show (Korjaamo)
Soliti fest 2022 (Ääniwalli)
I didn’t get out to shows enough this year, which I can assume is a reflection of post-coved come down/uncertainty and simply getting older and perhaps not enjoying that experience as much anymore.

My family life brings me such joy and good feeling, a perfect balm for a very hectic, but fulfilling working life. It could be worse, but probably not much better.

This is a low
The Invasion of Ukraine.
Being called pro-Putin for wanting to STOP THE WAR (oh the irony)
World Cup in Qatar (FUCK FIFA)
Oppressive treatment/murder of women from the Iranian Govt.
Worrying future for young bands and artists trying to break through in Finland.
Saving the planet = isn’t happening is it?
Disparity between wealthy and poor
The increased visibility of camps for refugees across Europe (see MAUS)
The shift to right wing populism literally everywhere
Musk vs Twitter

Future Wishes
Hopefully we’ll be finding ways to make the physical music market more sustainable environmentally yet more affordable for artists to manufacture their own music – and for the public more affordable to buy new releases. Let’s make that happen.