The poet Francis North and the Finnish post-rock band Ghosts on TV release a live album.

The poet Francis North and the Finnish post-rock band Ghosts on TV formed an interesting union last fall. North and visual artist Anna Blom released their first book titled “ENTROPY” in September 2021. They held a launch party at the sold out Music Theatre Kapsäkki in Helsinki, where Francis North recited the whole long poem live from start to finish. They were accompanied by Ghosts on TV, who played new material inspired by the book during the show.

Listen to ENTROPY (Live At The Music Theatre Kapsäkki)

The concert was recorded and the live album/audiobook “ENTROPY (Live At The Music Theatre Kapsäkki)” was born. ENTROPY is a study of an ancient holiness, of a prophet, because the time of mythologies is not over yet. The album is released via Soliti Recordings.

“I started working on the poem that ended up becoming Entropy some two years ago, on Anna’s suggestion. I’ve wanted to work with GoTV ever since I first saw them live, so when we started planning the publication event I contacted the band asking if they’d be interested in a collaboration and luckily they we’re. We managed to create something at the same time organic and unique, gentle and at times violent. The most fun I’ve had on stage has been with the band, and I’m very proud to see our creation take on yet another form as this live-album.” – Francis North

“Spoken word, drone and post-rock have been combined many times, but reciting this whole poem live with the theatrical style of Francis created something new. While listening to this record you can focus on the story and let the music of Ghosts on TV create its own background for every chapter. Or you can think of this as a full-length Ghosts on TV album, where the visitor Francis is leading the way. The atmosphere at Kapsäkki was unique that night and we’re really happy that this concert was recorded. Our producer Alec Havinmaa joined us on stage too and the chemistry between the band and Francis was amazing. Especially since we created all the music together only in three days before the gig.” – Ghosts on TV

“Francis North and Ghosts on TV have co-created a great postrock/poem whose power does not depend on words or notes, but on something developed between them. How limitless music and words can be, as long as we remember to dream and let the arts speak to our hearts. All in all, a wonderful work.” Desibeli

“There is a certain theatricality about Francis North’s delivery – he could be the new Dr Who – which can be difficult to match musically but Ghosts on TV rise to the occasion, filling in the background detail to North’s words without ever subverting them.” Nordic Music Central

“That’s one of the best aspects of Entropy: North’s poems and Ghosts on TV are a powerful symbiosis. Neither really steals the show, and I don’t know which terms to go with, so seamlessly they go hand in hand.” Olevinaan 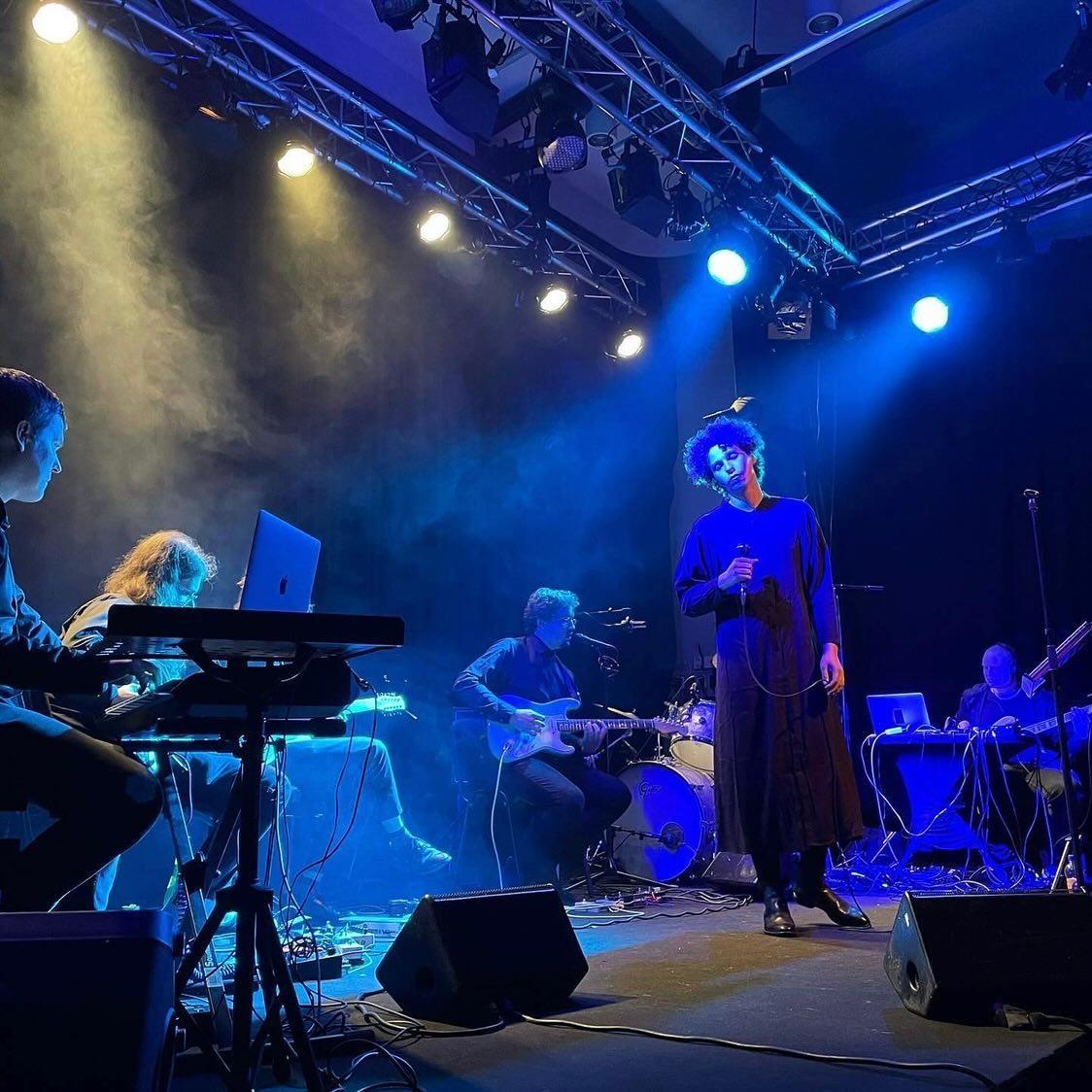 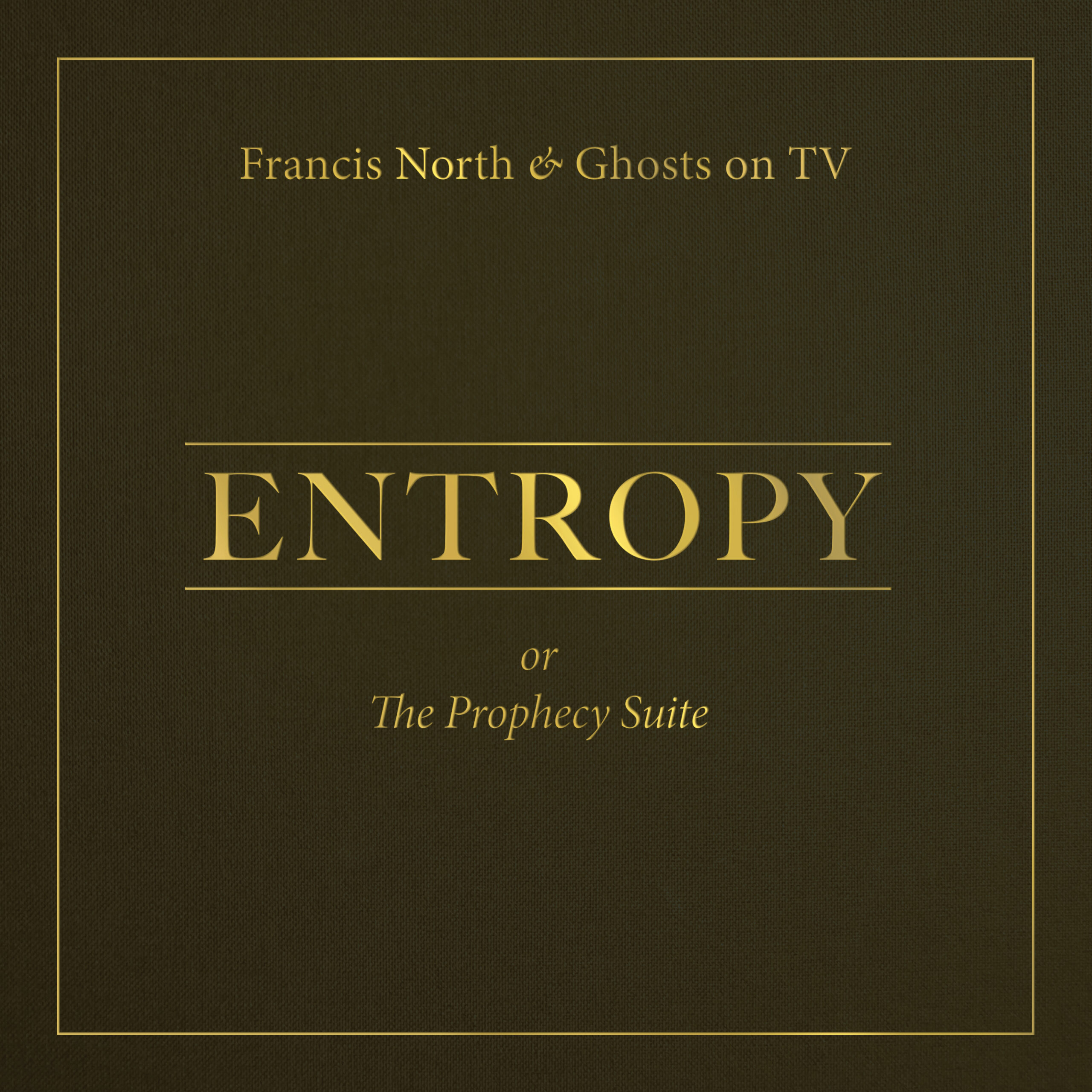 The Prophet
Interlude I: Prophecies And Weapons
The Curtain
Interlude II: The Sound of Something Falling
Tomorrow
Exile
Interlude III: The Myth of Human Beauty
The Wave 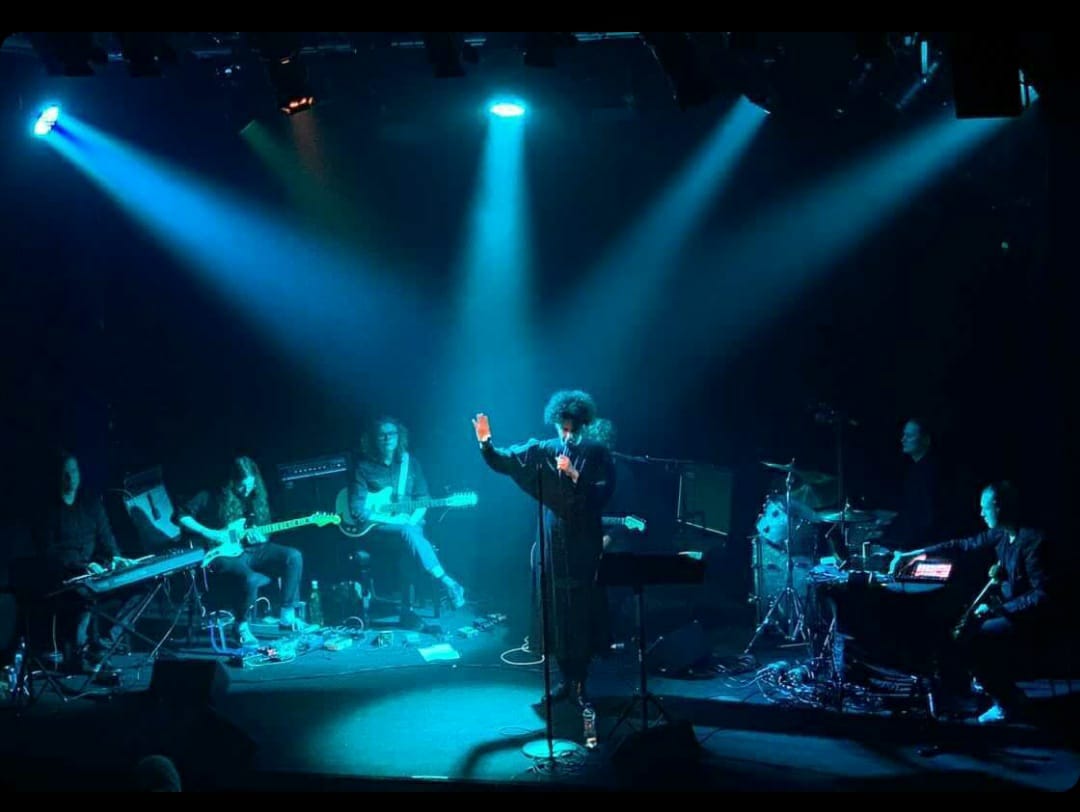 Ghosts on TV are known for creating their own wall of sound (made by three guitars) combined with a minimalistic, melancholic atmosphere. The band´s music has been described as post-rock, dark indie or art-rock in media such as Radio Helsinki, Rumba, Soundi and YleX. Their debut album “I Am Not Dead, I Am 55 Today” was chosen as the best nordic album of the year by Nordic Music Review in 2020.

Francis North is a stage poet and an author who is currently living in England. You can buy the ENTROPY book from Kustantamo Kita.