As has become a tradition in these parts, Soliti artists pick their highlights of the year. 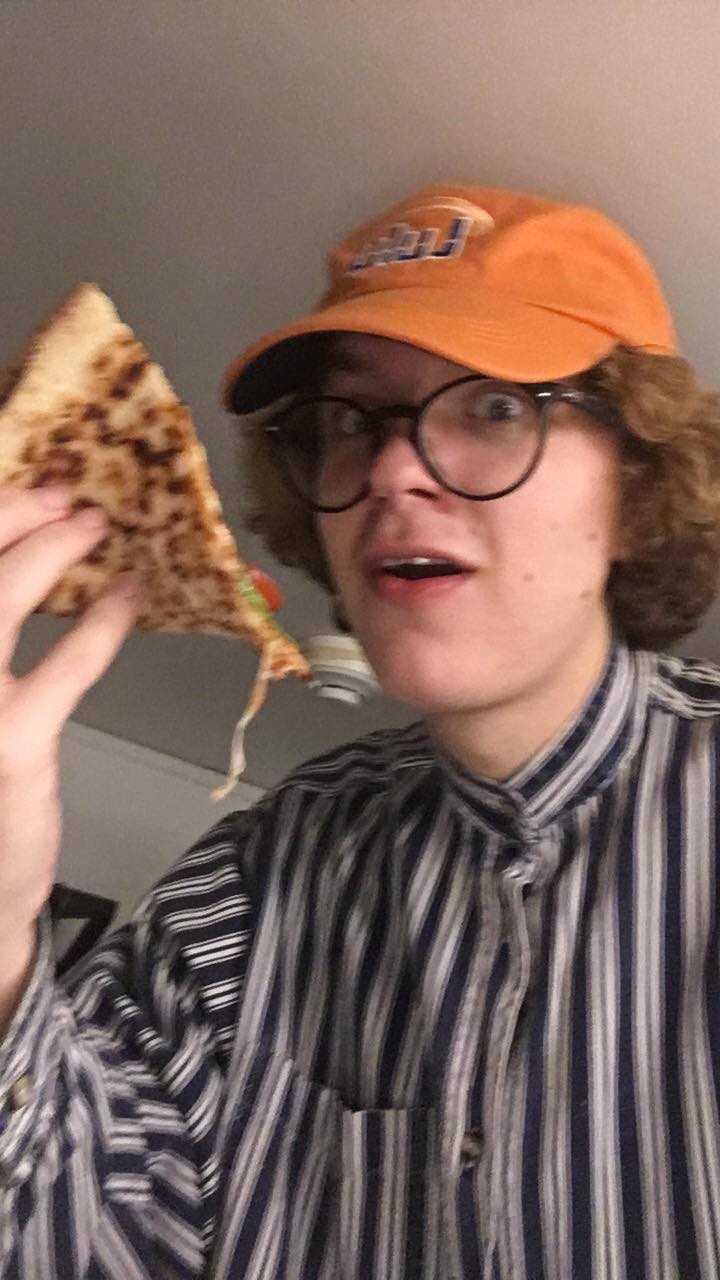 Foodman – Odoodo
Yokohama-based producer Foodman released an amazing EP of weeeird yet totally danceable
music on Mad Decent this year which I haven’t been able to stop listening. Check 2018’s Aru
Otoko No Densetsu for some even wilder shit.

Dijon – Sci fi 1
Dijon has managed to write some of the most heartfelt RnB I’ve heard in a long time. These songs
blend a bunch of different influences into a unique whole which sounds like if D’angelo
journeyed through computer cyberspace.

Ecco2k – E
The comedown of an acid trip, in a good way.

100 Gecs – 1000 Gecs
The debut album from 100 Gecs was a surprise success this year, and I think that’s for a good
reason. This explosive exercise in not giving a fuck is exactly what the world needed in 2019.

H.C Slim – H.C Slim Sings
This mysterious release from H.C. Slim has some lovely laid back tracks on it. Listen to this
when you’re walking home late.

Maxwell Young – No. 5
No 5 has a fun charm to it and it’s in almost all of my Spotify playlists.

Mob Psycho 100 Season 2
Mob Psycho’s second season had me laughing and crying with its beautiful animation and
engaging story. This is animated storytelling at its peak. 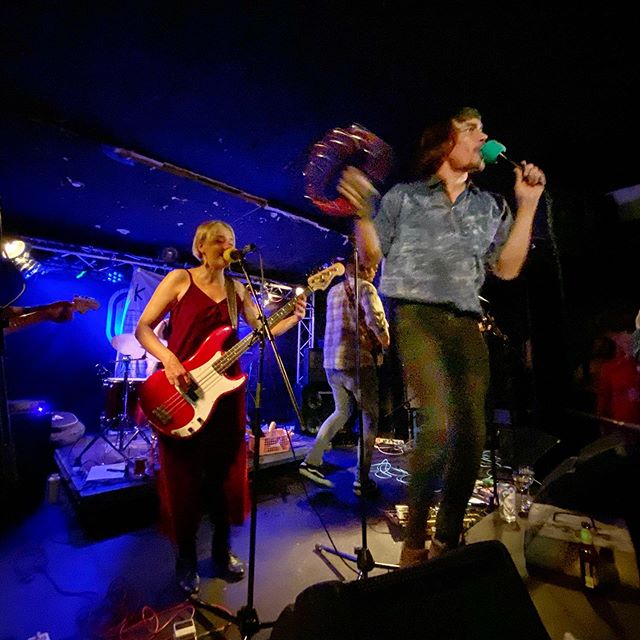 and taking care of each other, this place is a mess. 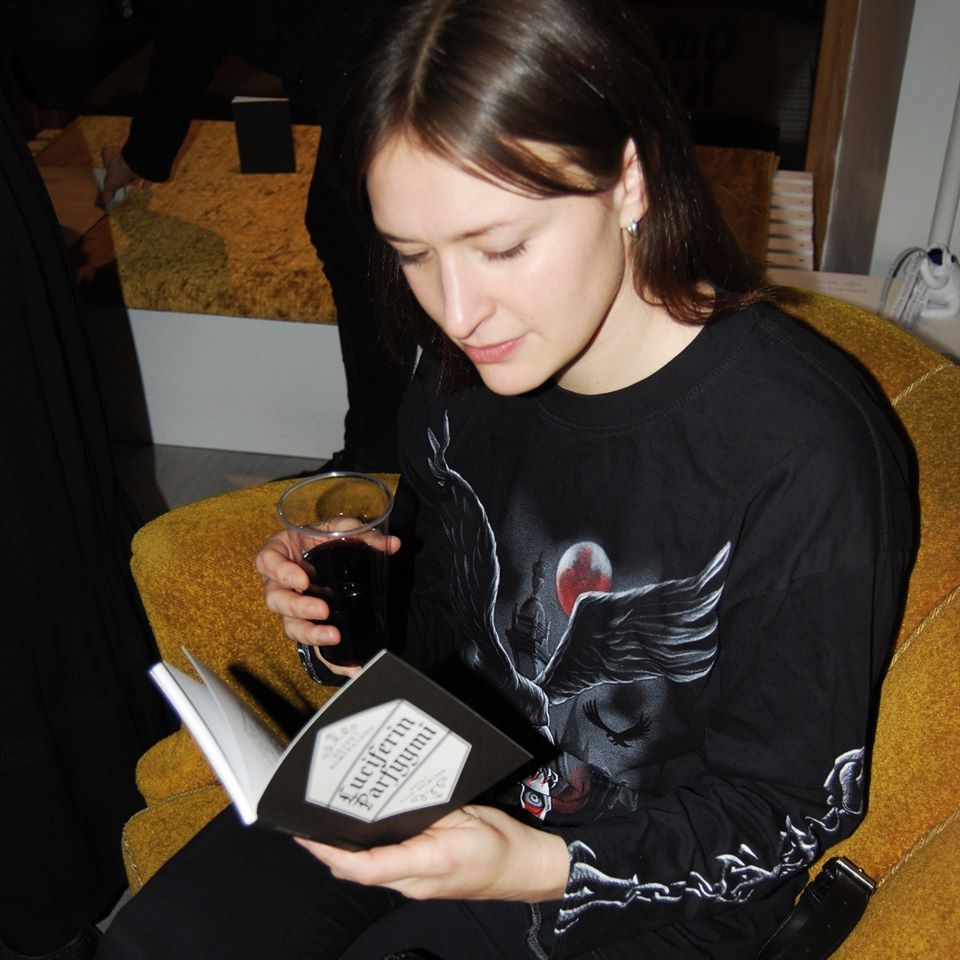 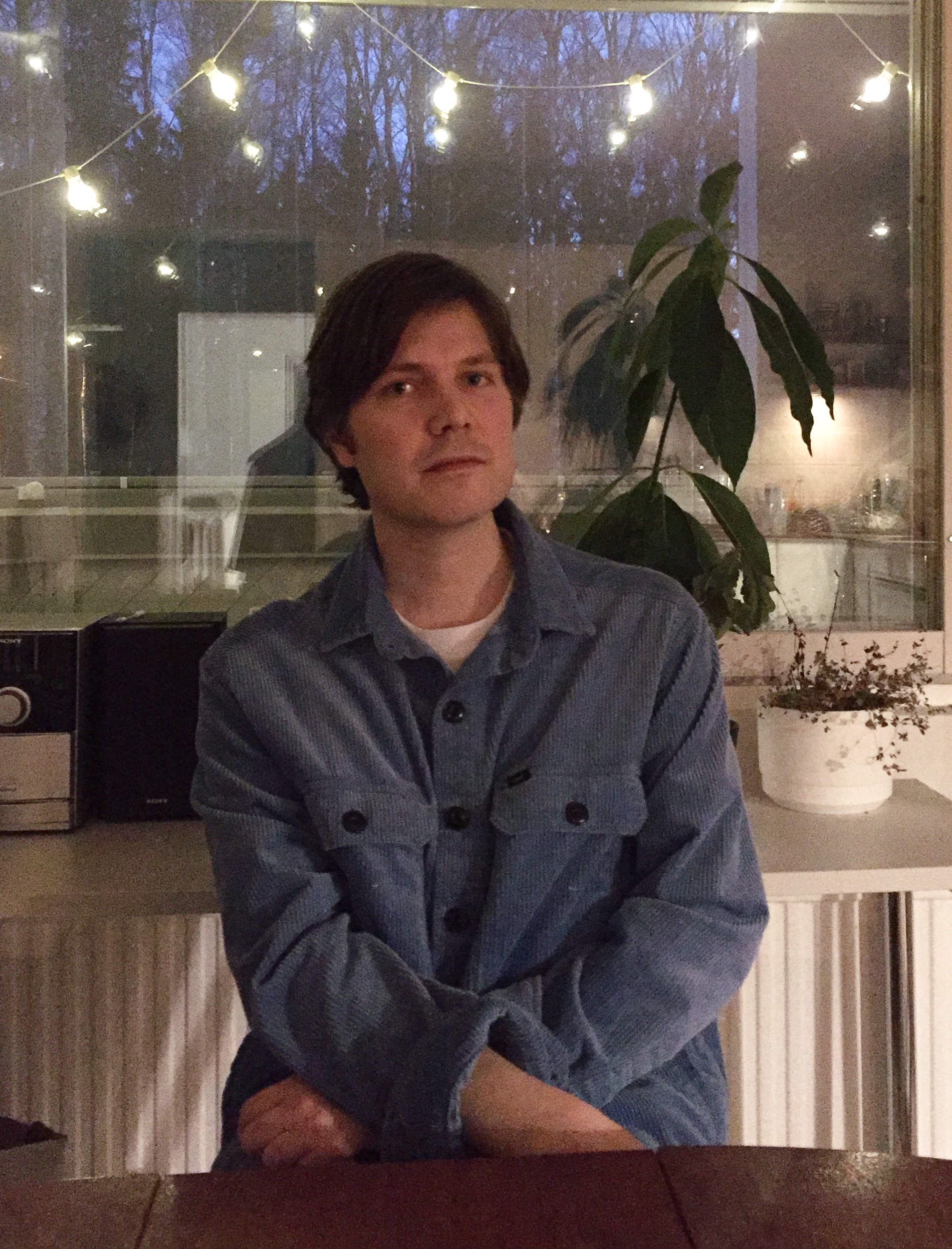 Here is a playlist of some of the songs that were my favourites in 2019. The first part (1-14) is songs released in 2019, and the second part (15-30) is old songs. The songs are placed in some sort of order to make the list listenable from start to end. 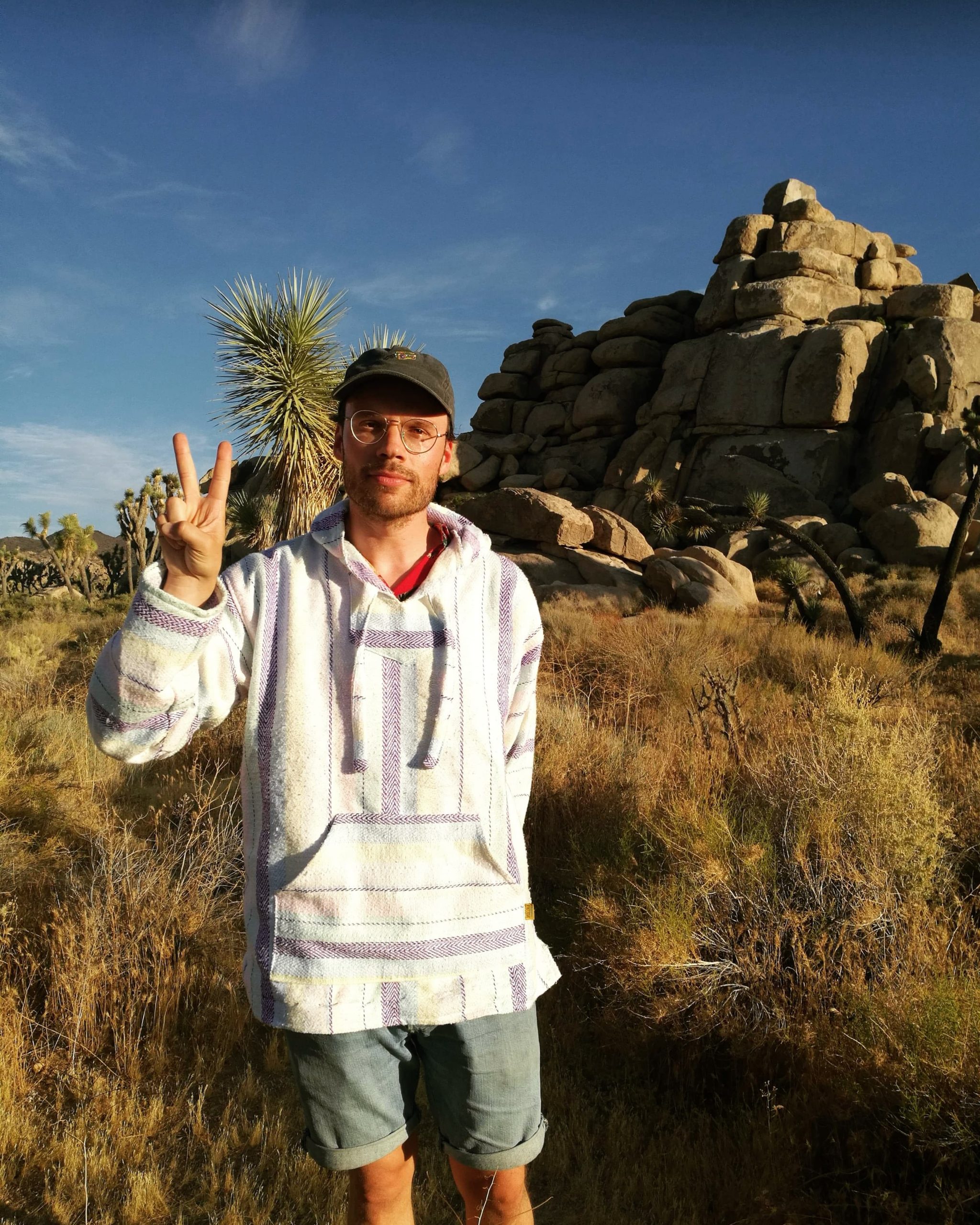 Here’s a list of the music/movies that have been most inspiring to me during this past year. Old favourites that I found again and some new stuff as well:

Claypool Lennon Delirium: Monolith of Phobos. Best album I have heard in a while. Bubbles Burst is an amazing song!

Whitnail & I: what a great movie! Hadn’t seen it before but now I can’t stop watching it.

Gram Parsons: this includes his solo stuff, Flying Burrito Brothers and Byrds album. I went to Joshua Tree on a wedding trip and of course this was the soundtrack of that trip.

Junior Wells: Hoodoo man blues – album. Heard this for the first time this spring. Such a good album! 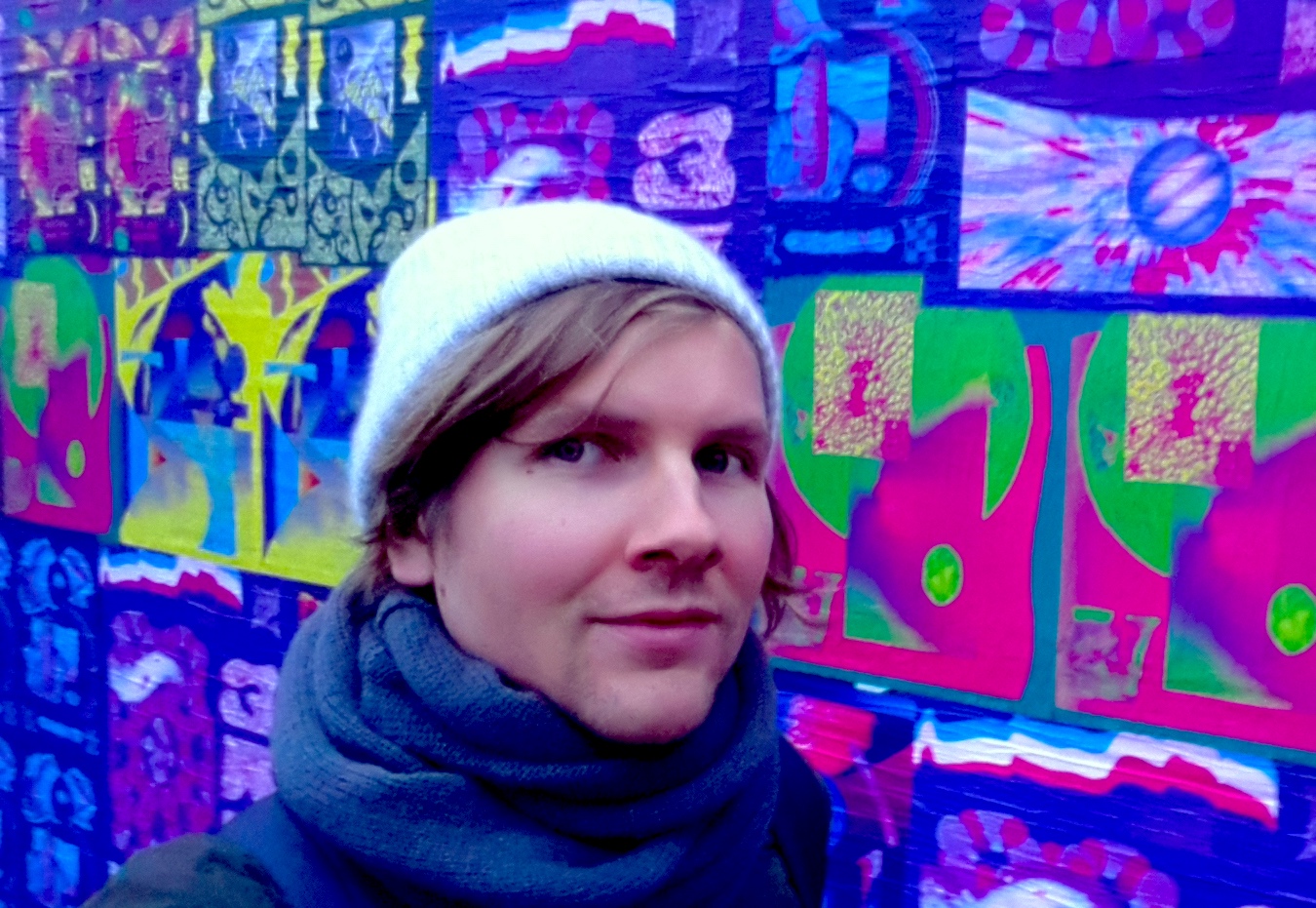 -“Conversations with Nick Cave” at Musiikkitalo

+Making new music with my bands Henna Emilia & Houreet and Love Sport. See you in 2020! 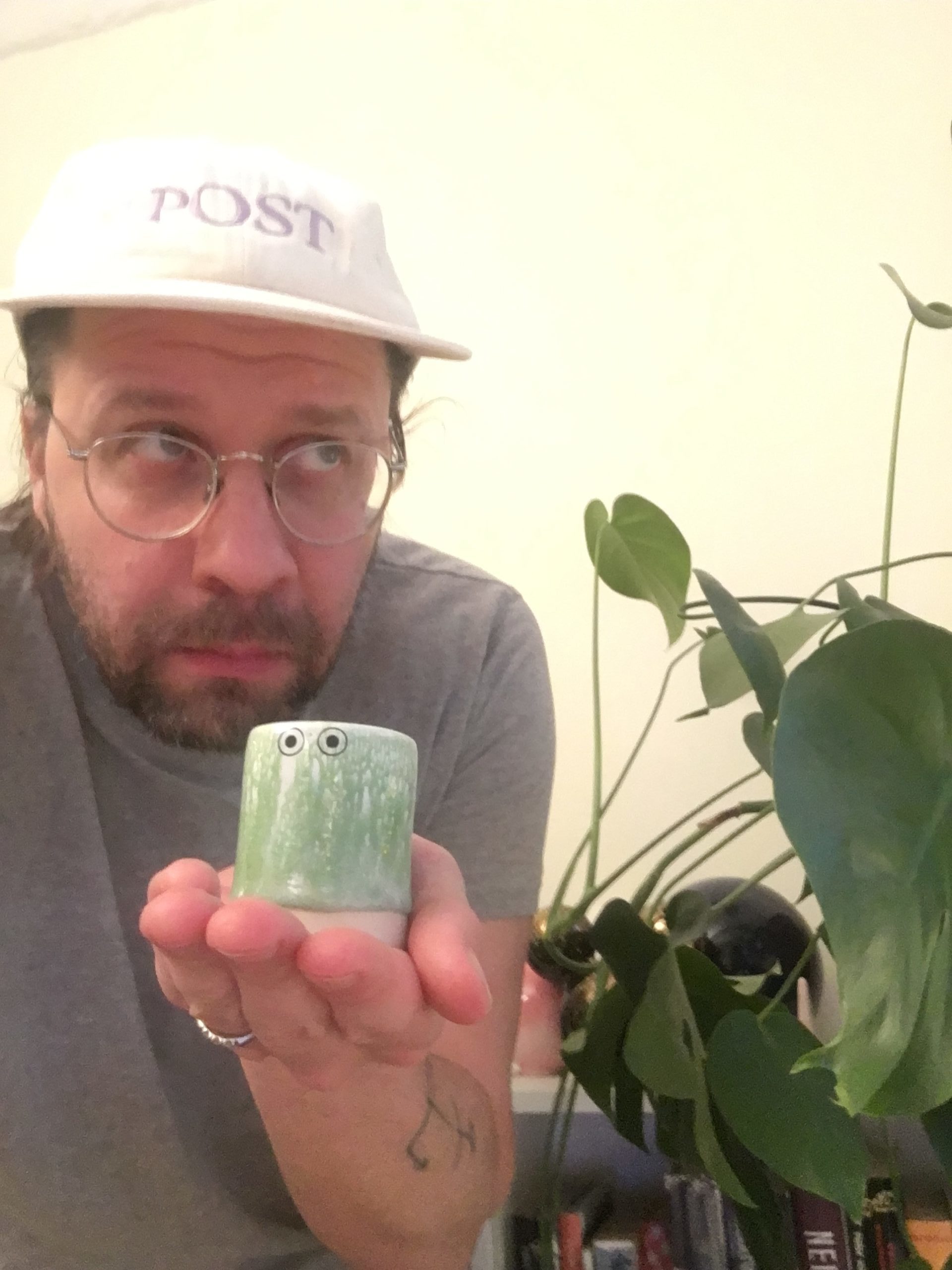 Greta Thunberg (Time Person of the Year) Global Climate Strikes
All the respect and full support in the world to Greta Thunberg and the youth of the whole planet!

The Lighthouse Movie + Soundtrack
A psychological and somehow enjoyable horror film directed by Robert Eggers and starring Willem Dafoe and Robert Patterson. Just amazing! The haunting soundtrack by Mark Korven was released by Sacred Bones and is one of my favourite vinyls of 2019.

Running
My goal this year was same as last year: to run at least 100km/month,  a few half marathons and just enjoy the art of urban running while listening to music or podcasts on my headphones.

Zane Lowe / Beats 1 Radio
I am a huge radio fan, and of course I used to be a radio person for 15 years myself on Radio Helsinki. Nowadays I enjoy my radio on demand, mainly listening to Apple Music’s Beats 1 Radio. This year Zane Lowe’s program has been my ultimate favourite – also Matt Wilkinson and Mike D rule on Beats 1.

Panda Bear – Playing The Long Game
I write about new music daily, the one song I listened to the most this year was this Panda Bear greatness!

Local Al Band
Local Al started as my bedroom project, but now I also have a band. I still play solo gigs, but nothing beats playing with a great band full of good friends. Local Al band’s core members are Mummypowder man Janne Lehtinen, my dear bass partner Lasse Kiehelä (The Duplo!, ex-Gim Kordon) and the drummer Janne Nissilä (Elias Gould, ex-Mummypowder, ex-The Duplo!, Gim Kordon, Vesta, Gracias) Also my mates Alexandros Karoutsos and Tommi Lehtonen are sometimes in the band. The next Local Al ep will be with the whole band.

Billie Eilish – When We All Fall Asleep, Where Do We Go?
Billie Eilish’s album is the biggest album of 2019 world wide no doubt. It’s just amazing and massive.

Hayden Thorpe – Diviner
The album I listened to the most in 2019, so it must be the best album of the whole year.

Thom Yorke – Anima
The album I listened to second most in 2019 was Thom Yorke’s great solo album. One of the best things he’s done since his first solo album and Radiohead’s classics Kid A and In Rainbows.

Bon Iver: i,i
This year was more about listening to songs and not albums, plenty of great albums were released. Although Bon Iver did not top his previous masterpiece the i,i was a good, good album.

Sturgill Simpson: Sound & Fury ALBUM + MOVIE
The alt country star Sturgill Simpson and his band drank some gasoline and mixed the shit with some Japanese comics. Sound & Fury was one of the best rock & roll albums of the year and the Netflix movie is not to be missed!

Eggstone: The Late
One of my favourite Swedish indie pop bands from the 90’s made a comeback with this amazing track.

Chisu –  Momentum Trilogy + Post Momentum EP
The Finnish pop star Chisu made a bold move when taking distance from Finnish schlager pop and released three interesting EP’s. They might sound a little too much Billie Eilish-like from time to time, but anyway it’s great to hear an arena filling artist take a little more artistic direction in their music.

Yeboyah – Aili
Yeboyah’s Elovena EP was one of the bests thing that happened to Finnish hip-hop in 2019. My most loved track from the ep was Aili.

Tame Impala’s singles
Tame Impala released four singles in 2019 and they were all amazing. Can’t wait to hear the new album in 2020.

Suad – White Lies
The Finnish singer/songwriter Suad’s single for 2019 was one of the best indie rock tunes that Finland offered in 2019. 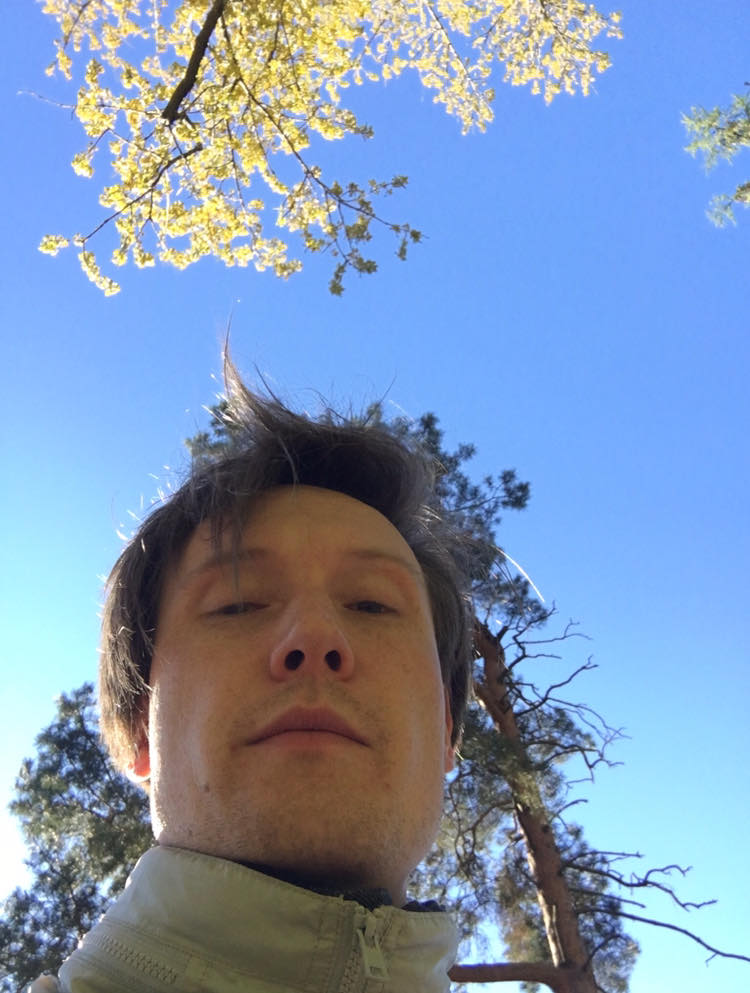 A quickly chosen selection 20 songs I was more or less obsessed with in 2019, not in any particular order 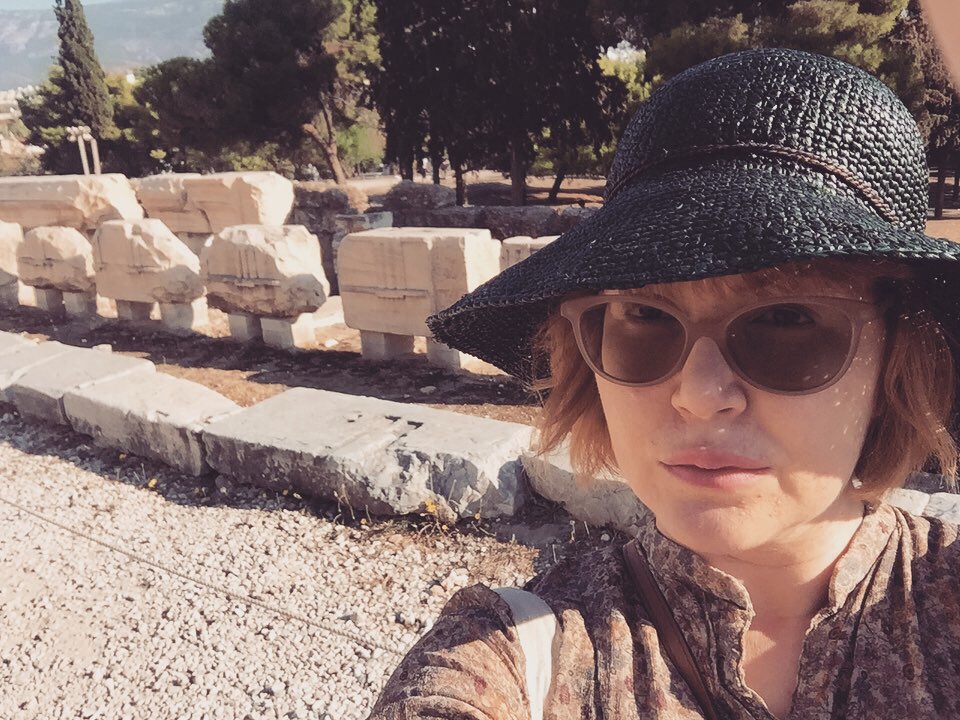 Mother Winter by Sophia Shalmiyev (2019)
If the author Monika Fagerholm posts a book recommendation on social media, you can be certain that I am going straight to my online book delivery service and ordering that book, no questions asked. This was the route by which I found Mother Winter, just like a couple yours ago I discovered the books of Lidia Yuknavitch. Shalmiyev is a similar writer to Yuknavitch in that her prose is poetic and creative, while she approaches her subject matter with piercing directness. Mother Winter is a memoir about losing a mother to alcoholism in the Soviet Union and then becoming a teenager and an adult in the USA. It is a literary document of the marks that generational trauma leaves, about resilience, becoming a mother after not having had one and most importantly, language as a construction that offers the tools to save oneself.
“Russian sentences begin backwards. When I learned English well enough to love it, I realised my inner tongue was running in the wrong direction. As does the Old Testament, the one we don’t call the good book. The one that became the bad, forbidden book, and is read back to front. The period blood came right after I began practicing my American accent in eight grade: all smudged red clot to brown waste. I have been teaching my daughter to wipe herself front to back to avoid the chronic infections her body is prone to. She squats and glares at me, then follows her instinct to revolt no matter the aftermath.” (Mother Winter, Sophia Shalmiyev)

With the End in Mind: Dying, Death and Wisdom in an Age of Denial by Kathryn Mannix (2017)
Since becoming a metastatic cancer thriver, I have been collecting a Library of Sorrow in my home. It is a collection of books that I want to read and imagine helpful for my family at some point in life. This book is definitely a brilliant addition to my collection. Mannix tells narratives from her career as a palliative care doctor focusing on the different patient stories and making the point that death is a natural part of the living process and does not have to be treated as a medical emergency. She argues for less medical intervention (in hospitals) and for more (hospice) care as end of life is near. The different stories Mannix tells of cases she has come across over the decades illustrate how in dying people wish to be treated and seen as they have lived. The book also works well in narrating the usual stages of death; the increased sleeping, deep unconscious moments and changes in breathing thus demystifying the process and preparing us all to what we all will both witness and experience.

Woman of Color by Latoya Yvette (2019)
I have read Latonya Yvette’s blog for years for pleasure and as part of my PhD research. This year she published her first book, which is kind of like her blog: a collection of great personal essays and amazing photography about being a young black woman and a single mother of two in New York City. In addition to essays the book also includes advice and a few interviews of other black and brown moms in NYC. Reading Latonya’s writing always makes me feel like I am peeking into a life and friends I could have had if my journey had taken me to NYC as I dreamed. Importantly, Woman of Color is a celebration of being a Black Woman in the USA at this moment. It is a deeply political book as much as it is fiercely personal. 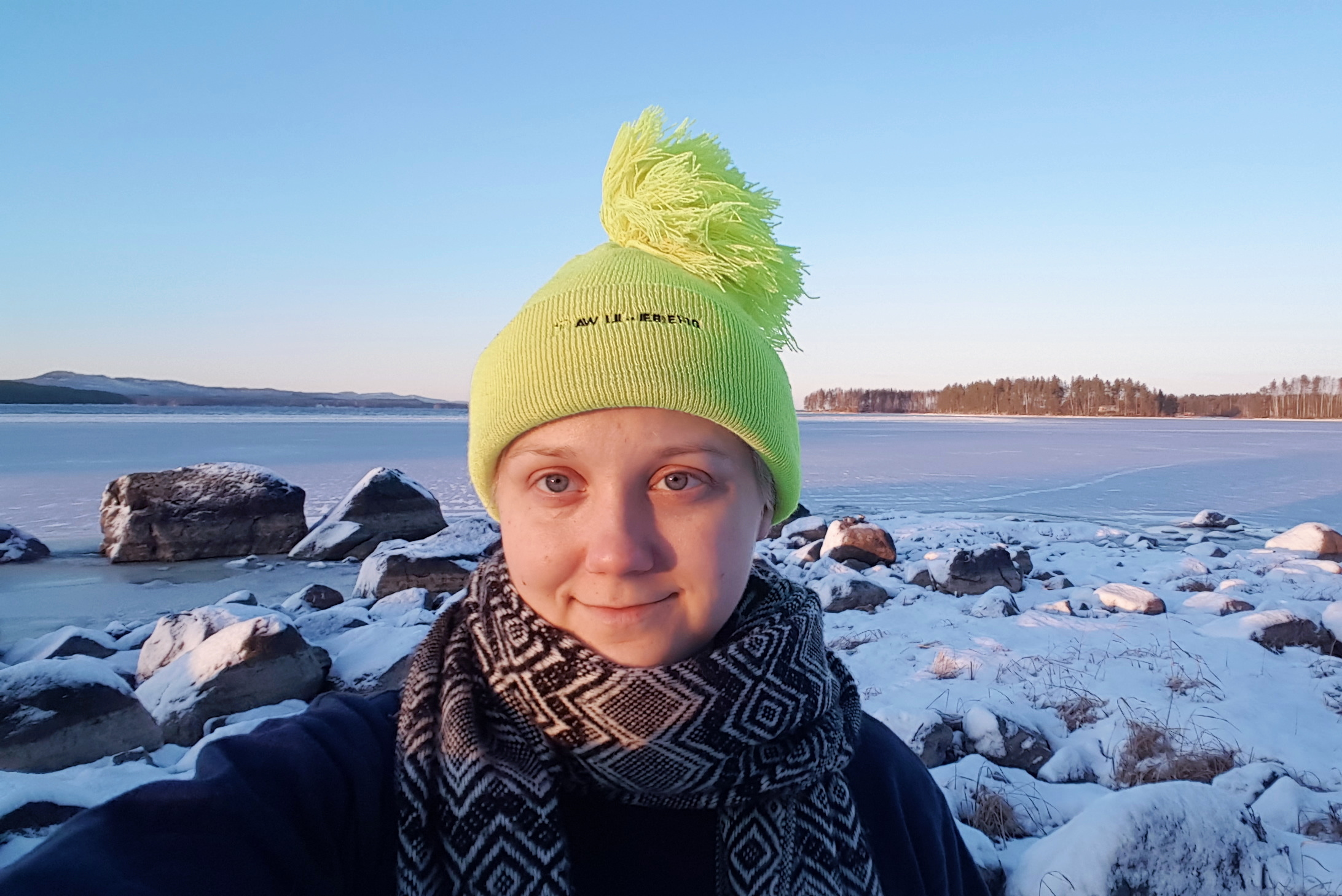 Processed with VSCO with preset

The Favourite, Roma and Vice (movies)

She-Ra and the Princesses of Power (show on Netflix) 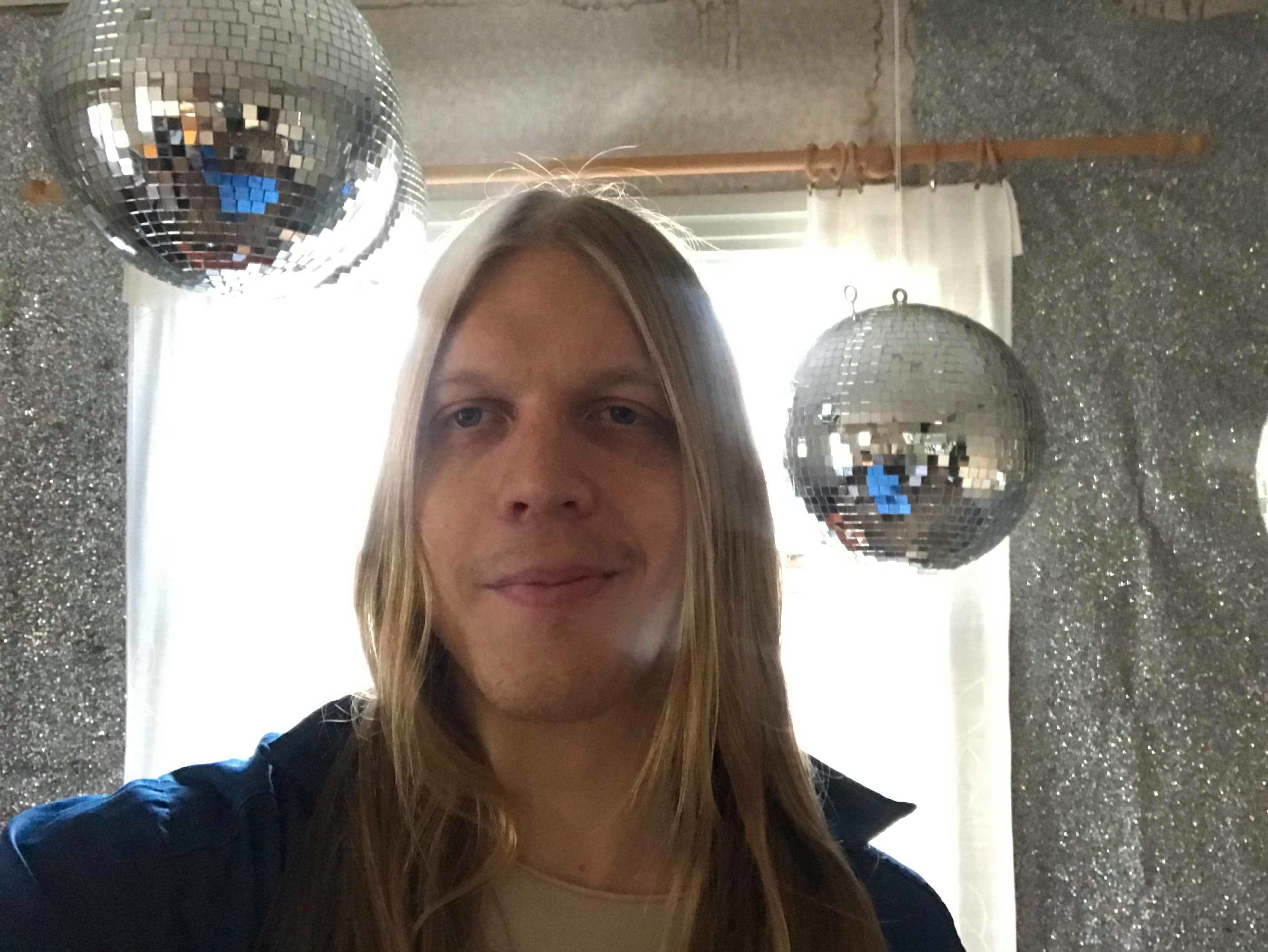 The Black Keys: Get Yourself Together

The Raconteurs: Only Child

Neil Young: She Showed Me Love 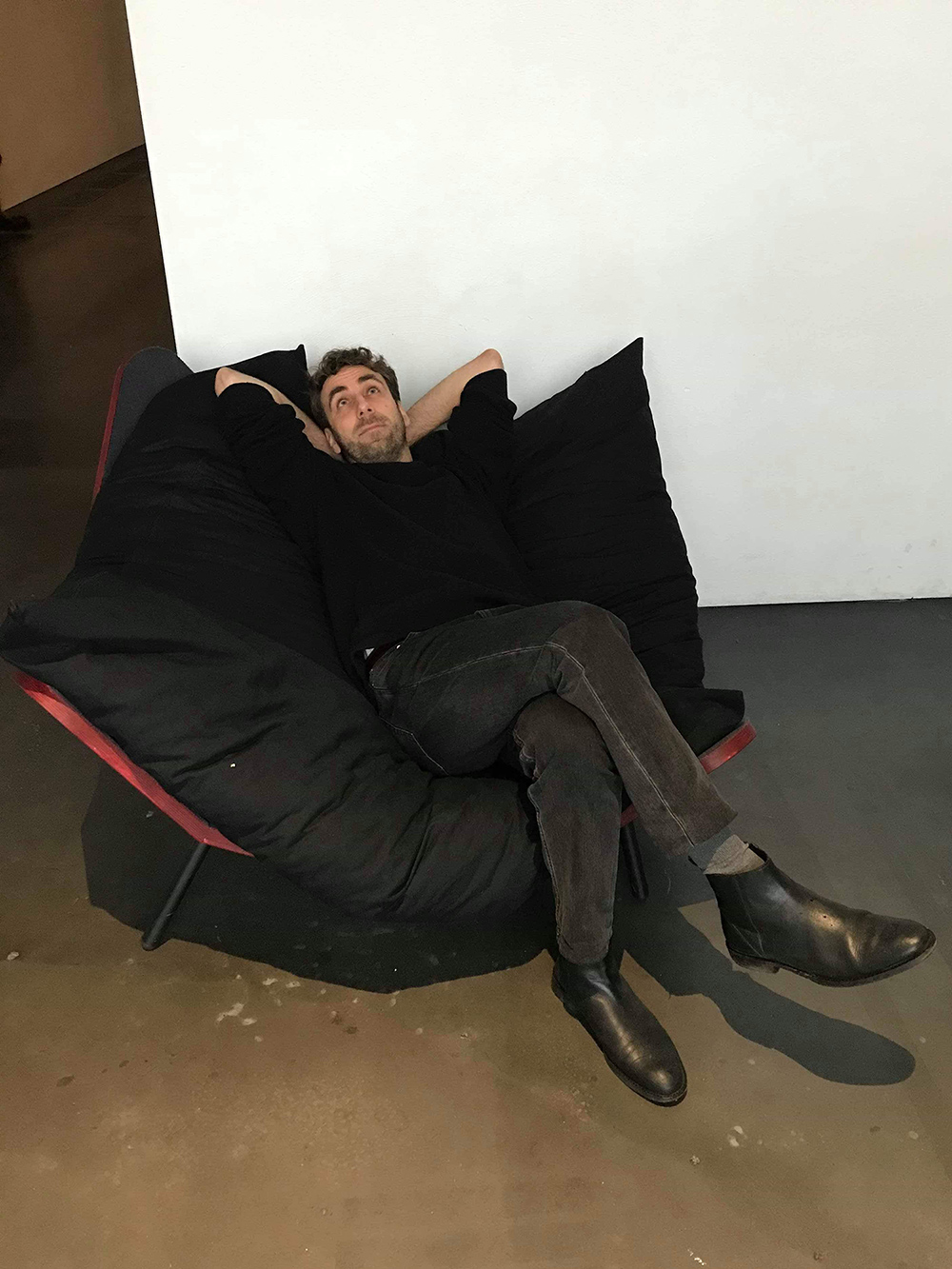 Highlights of the year 2019

Other things in life

Composing new songs of my own in Samoa 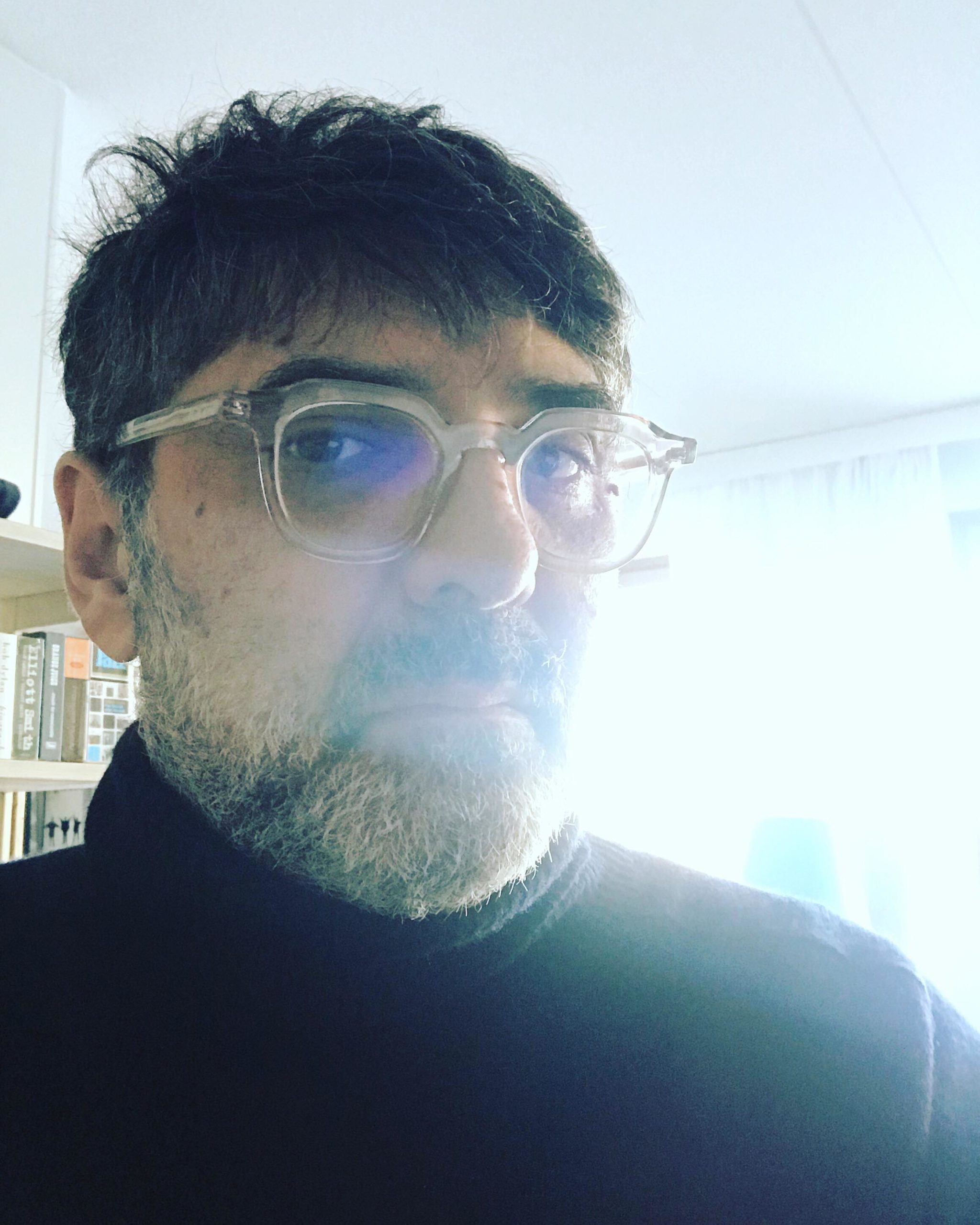 The best times are spent with my family.

The Soliti community of musicians who continue to amaze with their brilliant music and generosity of time and effort.

Reading: The Guardian remains my daily news fix. I’ve struggled with books (been awhile) – however Christopher Priest’s ‘An American Story’ is a fine 9/11 parable.  Reading with my child has meant more Harry Potter and Lord of The Rings. Grant Morrison/Steve Yeowell’s ‘Zenith’ series has been a great revisit, as has Alan Moore’s ‘Swamp Thing’ and various volumes of The Complete Judge Dredd.

Film/TV: Watchmen set a new high for TV shows. Finally watched The Looming Tower mini-series, had a serious wade through the whole of The Walking Dead series (surprisingly enjoyable), Preacher was OK and had it’s moments. Cinema visits were infrequent yet The Elton John bio-pic was decent and the last Avengers movie fairly entertaining. Home cinema was rewatching some prime New Hollywood movies from the 1970s. Any crime solving and sci-fi dramas I consumed rabidly.

The non-response from most major countries to the climate emergency.
Casual and meaningful racism continues to get worse everywhere.
Finland is one collapse away from a far right leadership.
Boris Johnson and his Brexit.
Trump remains in power.
White male privilege/mansplaining.
Tottenham lose the CL final.
Not having time to play music.
Not having time to write for OQM.
The major disappointment of watching both Joker and The Irishman – two of the most overrated films of recent times.
Online trolls.

But to retain some positivity, 2020 hopefully sees us take more responsibility and action and show more compassion to each other. x