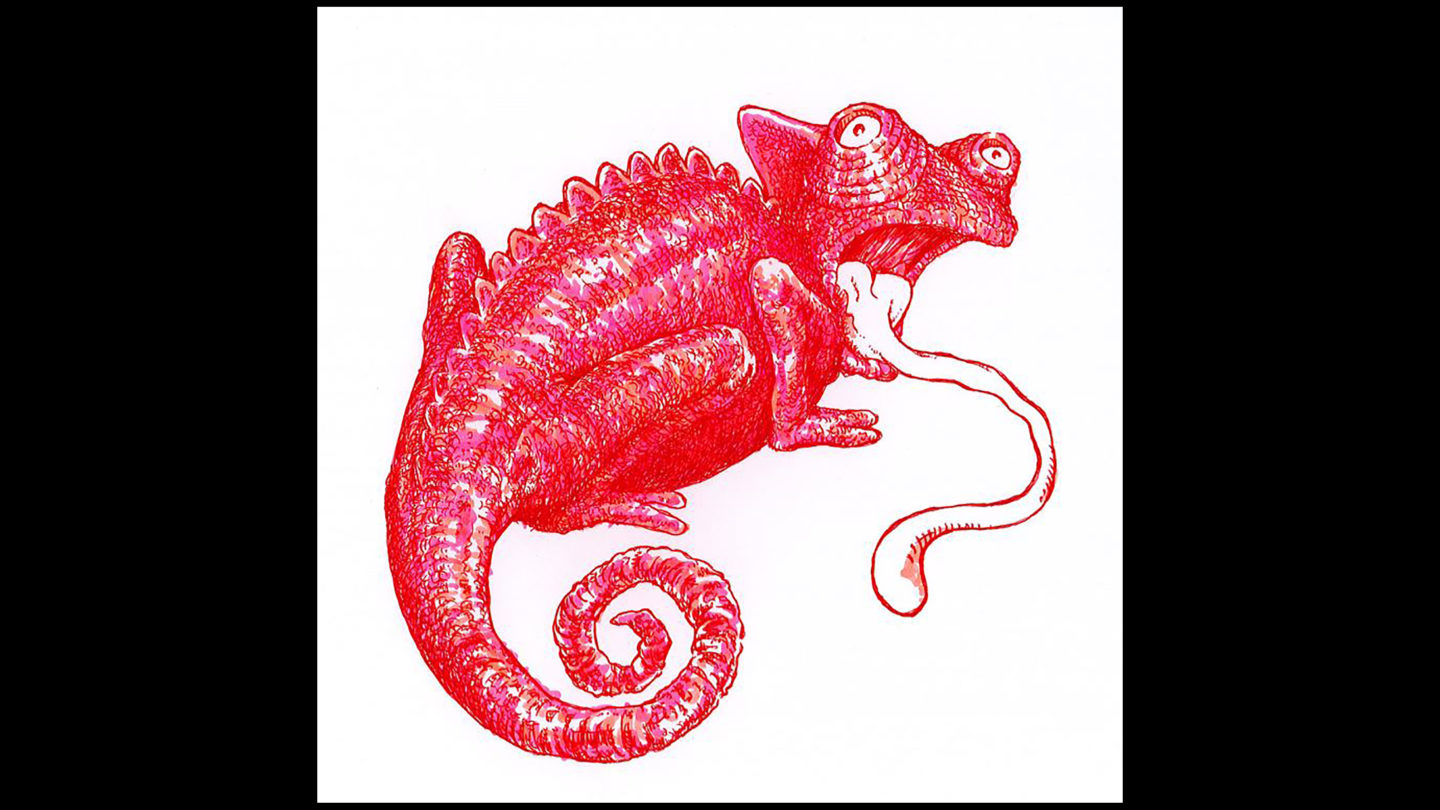 “You could say that the process of making this EP started back in late 2015, when Black Lizard returned from a European tour and decided to have a six months break. I thought that would be a good time to do a solo record and use some ideas that hadn’t fitted into Lizard’s collective musical vision. So the next 12 months I worked my way through forming a solo band, learned how to perform as a solo artist and did a solo record. Most importantly I learnt that I felt awkward and uncomfortable performing under my own name and working in a non-band environment. When the solo group fell apart in late 2016, Pink Chameleons were formed. Iiro Tulkki had played keyboards on my solo album and Antti Sauli had filled in on bass duties in other bands I played in. For the next two years or so we learned how to play music together, went through various name changes and tried out different approaches to recording. Also, changes in my personal life made playing in a band feel like I was learning how to walk again. Little by little it all started to work out. Iiro left to concentrate on his other musical groups and Ville Hopponen joined to play drums with us and with him we finally finished the record. So here it is, after what feels like a lifetime, a Pink Chameleons record. Musically you can call it garage rock or psych rock, I don’t know. To me it’s just music we like to play. But when someone asks I tend to say that we are a garage-blues-country band. But unfortunately we left all the bluesy and countryish numbers out of this EP for the next one, so go figure that out…” – Paltsa-Kai Salama