I was an extremist. I was convinced that nothing good could ever come from sex, drugs and rock ‘n roll. For me, the only way forward was Straight edge, Socialism and Zoloft. I guess it goes without saying that I couldn’t really have it my way.

And so is the history of Cats on fire, from my point of view, a history of dealing with second bests, pale shadows, budget solutions and endless, endless frustration. Eight and a half years, for what? I don’t love music more than anything else, which means I haven’t been blinded by the love of music. And I have certainly not been blinded by money.

So what remains for me to be blinded by then? Well, imagine being 18, hearing about some twenty-somethings that had already left Vaasa, hearing that they liked what you were doing. Might as well go on for a bit then, I thought, although I could already see it was going to be painful.

Imagine being 19, hearing that someone had written an essay at Helsinki University, about the lyrics to “They Produced a Girl”, our little demo. 19, and you really start to think you are something.

But then, nothing really happened. It was a barren landscape, Vaasa. There was no such thing as a scene ñ the whole concept was only vaguely familiar to us. No music industry tentacles were long enough to reach this far up north. We would have been completely isolated, had it not been for one lucky coincidence.

Kenneth had a brother, Johann. He recorded our first songs on a now completely obsolete 8-track zip disk recording station. But he also played in Le Futur Pompiste, a band whose members all hail from Vaasa. Suddenly, we were friends with a band who were not as clueless as we were. They lived in Turku and Helsinki, which is, in case you didn’t know, where things happen.

Through them, we got to know the kind of people who knew that a track should be mastered to fit sonically on a record. Sadly, this was only after Elva records had pressed and released our first vinyl EP, titled Solid Work.

Speaking of Elva Records. They were friends of friends, early admirers, who came to us and explained that they wanted to start something Postcard-like. I didn’t know what that meant, but in hindsight we can conclude that The Sound of Young Ostrobothnia wasn’t exactly what the nation had been waiting for.

In the autumn of 2003, we all moved to Turku to study and it could have ended here. Around seven people turned up for our first gig in Turku as residents of the town. So, we could have quit there and then, because nobody really wants to start from scratch. Luckily, we hadn’t come very far from scratch.

Within the course of four Turku months, we lost two original members, when Kim and Johan left without further ado. I will readily admit it was a blessing in disguise. They were nice people and skilled musicians, but what Cats on fire got instead was something we had been sorely lacking. Ville and Henry instantly provided essential practical-musical knowledge, as well as a much-needed dose of cultural capital. In spring 2004, Cats on fire had the means to lift itself above mediocrity.

It proved to be extremely difficult though, since mediocrity comes in so many flavours. One day you are strutting around on a Malmö festival area, thinking you’re something of a star now. Then a month, a year goes by without much happening at all. And you blame it on the gulf. Always the cold, dark gulf of Bothnia.

Trying to be loved was always my main preoccupation, whatever political or musical ideas I may have presented as the true spirit of Cats on fire. Whenever I felt I was loved, I was ready to go hunting for more of the same. That was what we did in Gothenburg, autumn 2005, when we returned to the Bergsjön apartment to play.

The Cosy Den club in Bergsjön, Gothenburg, was the work of a madman. We played in that shared apartment on the first club night in the summer of 2004, and we played there on the last, in November 2005. By then, Mattias Jansson had already realized that in the long run, it wasn’t a good idea to run a club night in your living room and that he had to move. I could’ve told him, because when the second toilet was a funnel with a pipe that went into the first toilet, you simply know.

But these nights serve as fine examples: there was no money and no promises of anything bigger. There were anxiety attacks and bad equipment. But in that crammed apartment, there was also football-style sing-a-long, and my heart, melting.

Historians should know that the summer of 2006 was our halcyon days. We recorded The Province Complains during an exceptional Turku summer. I nurtured the idea of a small, provincial army that was musically righteous and ready to strike against the trendy, metropolitan hypocrisy.

And suddenly it felt as if the gulf wasn’t as wide anymore. We flew past it. We got to go to Italy, Germany, England, and more. No real money, but small, delicate portions of new and exciting international love.

And we got drink tickets. My absolutist stance was not what it had been during the early days. In a weak moment, I used one of mine on a Cuba Libre, got confused and forgot Henry’s snare drum in a Spanish hotel elevator. Luckily the porter had found it. And so for the first time in my life, I should’ve excused myself by saying “I was drunk”. But I just couldn’t say it out loud.

In Vaasa, we could pride ourselves on being different, or even special. In London, with seemingly 10,000 other bands in the Camden Crawl festival cafeteria, we had no such privilege. After all these years, we had arrived at some sort of a nexus, but so had all the others. Having scrambled for food, we sat down at a table, the four-five of us. We observed all the other groups of four-five people with good haircuts, unable to shake the worst thought of all – that each of these 10,000 bands had an idea as valid as your own.

So, keep up? Wind down? Soldier on, push through? Give in? Slide along? Or go under, happy ever after? 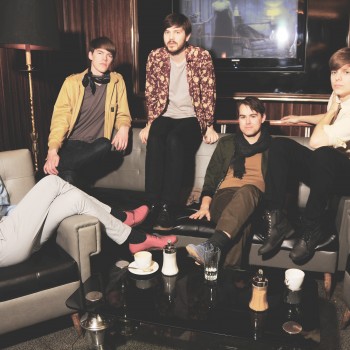 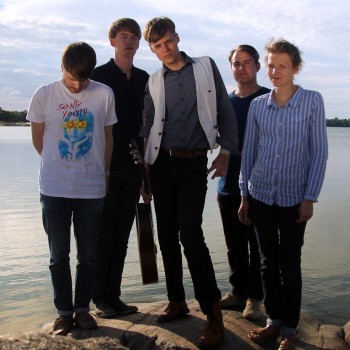 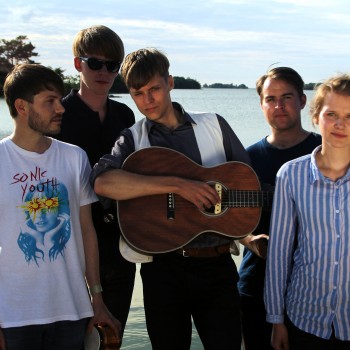 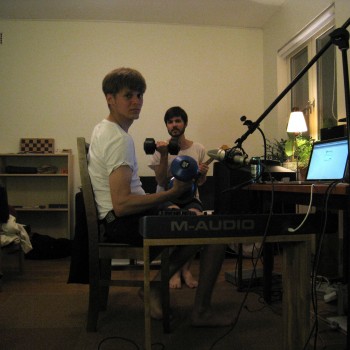 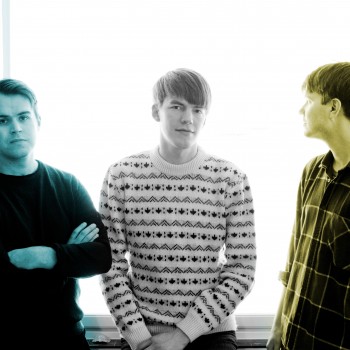 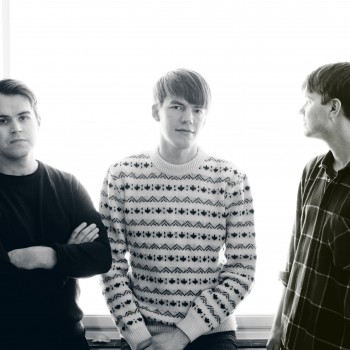 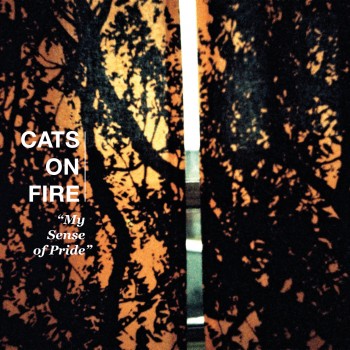 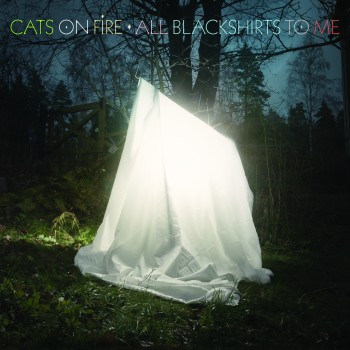